On Having the Will

Seven Benefits of a Gift Annuity

Will Contests and Dysfunctional Families

On Having the Will

More people make charitable contributions while they are living than later through their wills. Fact is, more people never get around to making a will. They die, as the lawyers say, “intestate.”

What is there about a will that puts people off? Why do so many of us seem to lack the will to make a will? Well, for one thing, it is inconvenient to find a good attorney, make an appointment, and spend the time going through the process of gathering information and making decisions. It’s much easier to put it off.

Another reason is the uneasiness many feel in having to contemplate their own death, or the death of a spouse. A will is something they plan to do later. Always later.

A further reason for postponing may relate to the difficulty of dividing up one’s estate when family conflicts exist, or when one is unsure how wisely the inherited assets will be used.

Still others lack the will to have a will because they consider it unimportant or irrelevant. They may think they have too few assets to bother with a will or may assume that everything will go automatically and equally to all members of the family. They fail to understand the benefits of a will, not only in settling their estate according to their wishes, but in making things easier for the loved ones left behind.

Whatever the reason, making a will takes will power. It requires not only choice but action.

We at the Columbus Jewish Foundation have seen the difference a will can make. We have witnessed the peace of mind it provides, not only for the maker, but also for family members.

We have seen, as well, the great good done when a bequest comes to the Foundation through a will. Indeed, we depend on estate gifts to help us serve future generations.

We have a complimentary Will Kit for you that includes helpful information about making a will. It also contains material on basic estate planning and ways you can use planned giving techniques to benefit your charitable interests, as well as yourself.

We would be happy to talk with you confidentially about your gift and estate plans. Just give me a call at 614-338-2365 or jjacobs@tcjf.org. 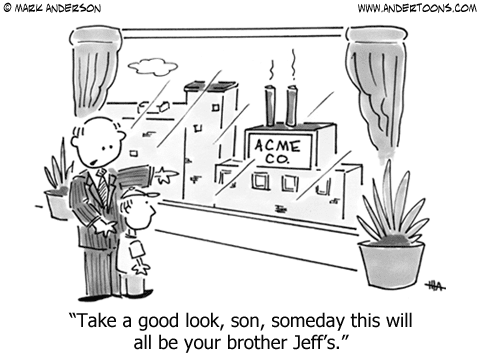