Lions of Judah with Dahlia Lithwick 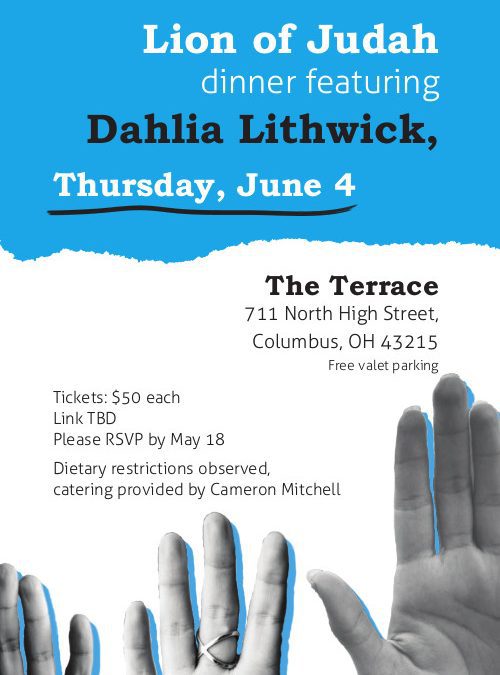 We're sorry, but all tickets sales have ended because the event is expired.

Please join our Lions of Judah for an evening with Dahlia Lithwick,  Senior editor at Slate.com, on the Me Too Movement Through a Jewish Lens.

Dahlia Lithwick is a senior editor at Slate, and in that capacity, has been writing their “Supreme Court Dispatches” and “Jurisprudence” columns since 1999. Her work has appeared in the New York Times, Harper’s, The New Yorker, The Washington Post, The New Republic, and Commentary, among other places. She is host of Amicus, Slate’s award-winning biweekly podcast about the law and the Supreme Court. She was Newsweek’s legal columnist from 2008 until 2011.

Ms. Lithwick speaks frequently on the subjects of criminal justice reform, reproductive freedom, and religion in the courts. She has appeared on CNN, ABC, The Colbert Report, the Daily Show and is a frequent guest on The Rachel Maddow Show. She has testified before Congress about access to justice in the era of the Roberts Court. Ms. Lithwick earned her BA in English from Yale University and her JD degree from Stanford University.

JewishColumbus’s Lion of Judah Society (LOJ) was established to provide women an opportunity to engage with their peers and increase their impact with a collective voice. Lions are women who make leadership gifts, as individuals or as part of a family gift, of $5,000 or more through JewishColumbus’s Annual Campaign.