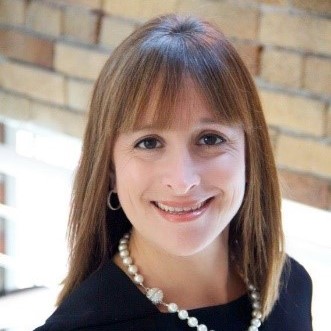 Terri W. Meldrum, Esq., currently serves as the Senior Vice President and General Counsel of OhioHealth Corporation. Ms. Meldrum received her Bachelor of Arts degree from The Ohio State University in 1990 and her Juris Doctor from The Ohio State University Moritz College of Law in 1993. Ms. Meldrum has spent the majority of her career in the healthcare legal environment serving as an Assistant Attorney General in the Business & Government Regulation section of the Ohio Attorney General’s Office, an Associate in the healthcare department of Taft, Stettinius & Hollister and the last 19 years in-house with OhioHealth. Ms. Meldrum received the prestigious 2019 Business First Most Admired Executive award and was a 2020 Women WELDing the Way calendar honoree recognizing her as a leader promoting women in the community. In 2005, Ms. Meldrum received the prestigious Business First Forty Under Forty Award and was also named to the list of Top Lawyers in Ohio by Business First several years running. Ms. Meldrum has been actively involved in community activities, including the Ronald McDonald House Charities®, City Year Columbus, Columbus Children’s Theatre and Big Brothers Big Sisters program and is a current member of the Board of Trustees for Cristo Rey Columbus High School, the Columbus Chamber of Commerce and JewishColumbus. Ms. Meldrum resides in New Albany, Ohio, with her husband and two daughters.